Driving Lessons Glasgow all by Fully Approved and Qualified Instructors.
07397 040400 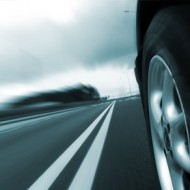 General Information about Driving in Glasgow

Glasgow is the largest city in Scotland and happens to be the third largest in the United Kingdom (UK). By this virtue, it always stays in the thick of things in terms of its economy as also various other aspects. Furthermore, it also is one of the most prospective immigration destinations in the United Kingdom (UK). If you want to drive in Glasgow, you would do well to know about the basic rules of driving on the city roads. Firstly, it is highly advisable to have driving lessons Glasgow as this way you would be able to ensure that you are well acquainted with the ways in which you are expected to drive in the city.

This article shall provide you more information about the various driving rules that apply in Glasgow city centre. Most of the time, these are general rules that apply to all regions of Scotland.

LEFT-HAND DRIVING
One important thing to note is that vehicles are supposed to drive on the left side of the road. This is contradictory to the driving patterns in some other regions of the world, including the United States of America (USA). If you have always driven on the right hand side of the road, you might take some time to get used to the roads of Glasgow.

SPEED LIMITS
Like is the case with most countries, there are certain speed limits that apply to different parts of the city. In general, you can expect the speed limit to be signposted on the road that you are driving. This is like a circular sign with a red border and a number, which happens to be the speed limit. However, if there is no sign post that you see, you have to follow national speed limits. Following is a brief description of the general speed limits in the United Kingdom (UK).

Dual Carriageways: On such routes, the cars can retain their max speed of 70 mph. On the other hand, the max speed of 60 mph applies to towing caravans, trailers, buses, coaches, lorries and minibuses.

Built-Up Areas: The max speed for all vehicles in such areas is about 30 mph. However, if it is a residential area or there is a school in the vicinity, you can expect to see a signpost, limiting the max speed to 20 mph.

SEATBELTS
Another point worth noting is that seat belts are compulsory for all drivers and passengers. This rule applies, regardless of the place where they are sitting in the car.
We hope that this information proves useful to you if and when you decide to take to driving in the city of Glasgow.